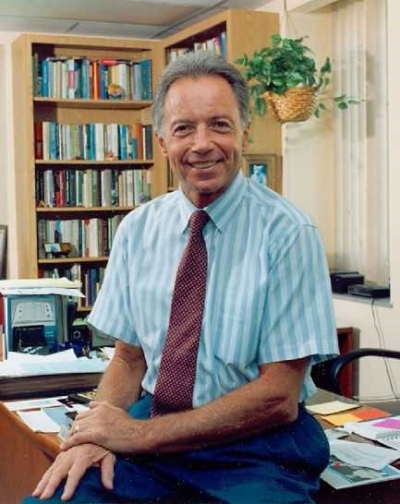 Robert N. (Bob) Singer passed away peacefully on Monday, May 20, 2019, at the age of 82. Bob was a devoted husband to his wife Beverly (Tyre) Singer. They were happily married for 37 years. He is also survived by step-son Lance (Tina) Johnson and two grandchildren, Asher and Addrey Johnson, as well as one brother Neal (Jill) of Albuquerque, New Mexico. Bob was one- of-a-kind, and ate life with both hands. Family and friends will remember him as caring, compassionate, and gregarious. He would brighten any room with his warm presence, lightning-quick wit, and endearing sense of humor.

Bob attended Brooklyn College, beginning in 1954. His studies were put on hold when he voluntarily enlisted in the US Army during the Korean Conflict, serving from 1955-1958. He was honorably discharged, and returned to Brooklyn College in 1958, where he was a standout guard on the Brooklyn College basketball team. He graduated in 1961 with his B.S., went on to complete his M.S. at Penn State University in 1962, and his Ph.D. from Ohio State University in 1964. Bob then served on the faculty of several universities, including a 17-year tenure at Florida State University. He moved to the University of Florida in 1987, where he served as Chair of the Department of Exercise and Sport Sciences for the next 15 years, during which time he led the department to international prominence.

Bob’s accomplishments as a scholar, leader, teacher, and mentor are legendary. He will be remembered as a true pioneer in the fields of motor learning and sport psychology. His research focused on understanding cognitive processes and learning strategies involved in skill acquisition, expert performance, and the development of expertise. He was a prolific researcher – having published 17 books, over 200 research, scientific, and professional articles, and 25 book chapters over his remarkable career. His extensive and timeless scholarly contributions are perhaps best exemplified by two seminal books, Motor learning and human performance: An application to physical education skills, published in 1968, and the Handbook of Research on Sport Psychology, published in 1993. Both were landmark contributions that served to advance the related fields of motor learning and sport psychology – in substance and respectability – in ways that cannot be overstated. His more than three dozen former Ph.D. students who have carried Bob’s influence throughout the world as faculty members and practitioners will fondly remember Bob as a firm yet gentle, inspiring, and dedicated mentor.

Bob was a selfless, tireless, and innovative servant leader in the field of sport psychology. Among other influential leadership positions, Bob served as Head of the Sport Psychology Division of the Sports Medicine Committee of the United States Olympic Committee, President of the Division of Exercise and Sport Psychology of the American Psychological Association, President of the American Academy of Kinesiology and Physical Education, and President of the International Society of Sport Psychology. Bob was actively involved in international developments and the advancement of sport psychology through his enormous international network of friends and colleagues, as reflected in the nearly 400 presentations he made in more than 50 countries during his career. Bob highly valued the opportunity to apply his scholarly expertise to the benefit of others, and served as a skilled consultant to athletes and coaches across many sports. His reputation extended beyond sports, to other areas of expertise. For example, when President Reagan was shot, the head of his detail called upon Bob’s expertise in the psychological factors underlying movement automaticity during the investigation. Never one to seek recognition for his accomplishments, Bob was nonetheless highly decorated for his incredible impact. Among other awards, he received the inaugural award for Distinguished Contributions to the Science of Exercise of Sport and Exercise Psychology from the American Psychological Association, the Distinguished International Sport Psychology award from the International Society of Sport Psychology, and the Distinguished Scholar award from the North American Society for the Psychology of Sport and Physical Activity.

In addition to dedicating his life to studying the psychology of sport and physical activity, Bob practiced what he preached. He was a two sport athlete at Brooklyn College, where he played both baseball and basketball. He was particularly fond of racquet sports, however, and was an accomplished tennis and badminton player. Bob was a generous supporter of, and ambassador for the performing arts. As a leader in the field of kinesiology, Bob had a natural affinity for dance, and was a champion of storytelling through the art of movement. Fittingly, memorial donations in Bob’s name (and in lieu of flowers) can be made to the University of Florida Performing Arts, made out the UF Foundation Inc., Fund 4437, and sent to P.O. Box 14425, Gainesville, FL 32604-2425, attn: Gift Processing. Please note Bob Singer or UF Performing Arts [fund #4437] in the memo area.

A memorial celebration of Bob’s life will be held at the Center for Performing Arts, Fackler Foyer, 3201 Hull Rd, Gainesville, FL 32611. Date TBD